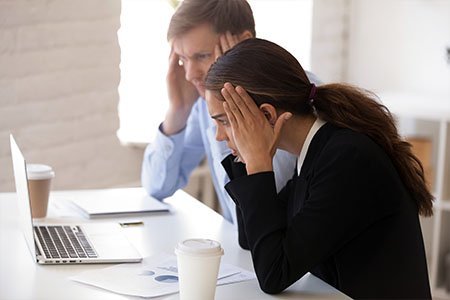 Marketing Disasters and Mistakes and How to Avoid Them

Everyone makes mistakes; it’s only human. But mistakes in marketing can be particularly disastrous, especially for small businesses or companies that are just starting out. Marketing mistakes are costly, both to a budget – having to scrap the failed marketing campaigns and then invest in a whole new approach – and also to a company’s reputation. With each marketing misstep, consumer confidence begins to wane.

Of course, for larger, more established companies, it can be a little bit easier to regroup after marketing disasters, but certainly no business is totally immune to the damage caused by marketing fails.

Take Heineken and Adidas, for example. These two big-name companies were both hit pretty hard by recent marketing disasters. Last March, Heineken launched a 30-second video spot that featured a bartender sliding a bottle of beer past three darker-skinned individuals and into the hands of a lighter-skinned woman, accompanied by the tagline, “Sometimes, lighter is better.” The seemingly racist messaging landed Heineken in some seriously hot water, and the ad was pulled.

The year before, in 2017, Adidas sent out an email to all of the runners of that year’s Boston Marathon with the subject line, “Congrats, you survived the Boston Marathon!” Following just about any other athletic event, that subject line would be pretty innocuous. But in this case, it was a major fail. Adidas showed an acute lack of awareness, considering that just four years earlier, at the 2013 Boston Marathon, three people were killed and hundreds more were injured when a bomb was set off near the finish line of the race. Adidas immediately issued an apology when it realized its mistake, but by then the damage had already been done.

Avoiding Some of the Most Common Marketing Mistakes Companies Make

So, how do you steer clear of marketing disasters and mistakes when developing your own marketing campaigns? As underscored by the examples above, insulting entire groups of people is never a good idea, but thinking twice about the deeper or alternative meaning of your words certainly is. Below are three additional tips for avoiding marketing disasters.

Marketing disasters do happen from time to time, but with the proper attention to detail, they can almost certainly be avoided. To learn more about what not to do when creating your next marketing campaign, contact Paradigm Marketing and Design to schedule a consultation.