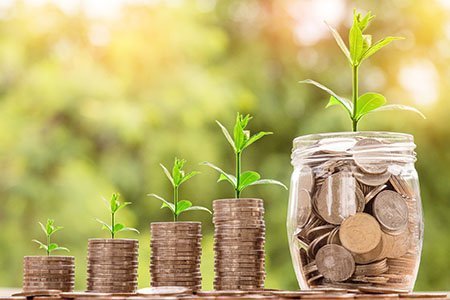 Marketing on a Wish and a Prayer Part 1: How to prevent a business growth plateau

Building and growing a small to mid-size business is a complex undertaking – one that requires a commitment to the basic, universal tenets of marketing: Attract your customers with a promise that your product or service delivers a benefit, deliver on that promise, remind them you delivered, encourage them to keep coming back for more, and remind them to share their positive feedback with their friends.

But marketing is not the only reason businesses succeed – or fail. A business that successfully aligns its marketing initiatives with its overall long-term brand growth strategy is on a stronger footing than those that market on a “wish and a prayer.”

In the first part of this four-part series, adapted and excerpted from Marketing on a Wish and a Prayer, written by Paradigm’s Founder and President, Rachel Durkan, as part of “Lessons Beyond the Obvious,” we’ll provide some insight into how you can prevent your small business from reaching a growth plateau.

For some companies, they are driven by immediate ROI with no cohesive long-term plan, and they miss the opportunities to build their brand and create lasting value. Others focus solely on sales, sales, sales and are always playing the short game, selling to fund their next meal and not a year’s worth of meals. These are fragmented initiatives, which may work in the short term, but they are just not part of a comprehensive strategy conducive for long-term growth.

As such, you want your marketing and brand growth strategy to be innovative and adaptable, or that growth will eventually plateau. A company’s long-term marketing strategy must be nurtured and enhanced, with the flexibility to react to and embrace the inevitable changes in the industry, geography, and economy.

The Plateau of Organic Growth

Many small businesses start slow, growing through networking and one-off marketing tactics and by bringing in new customers one at a time. Over time, positive word of mouth and referrals help their brand gain grass-roots growth in the community and region. But that only lasts for so long on its own – be it one year, five years, or as we’ll see in the following example, 90 years.

A man named Fred owned a third-generation electronics store, which he had grown up in alongside his father and his grandfather. He ran a fair, honest business and treated his customers like family. The store was always more than just a business; to Fred, it was where he joyously spent his days as the host of a gathering of friends and neighbors, who were like a large extended family. To the local community, he was Uncle Fred, the electronics guy. And for 90 years, the business thrived on an organic brand growth strategy and positive word of mouth from its many loyal, satisfied customers.

But in 2015, business as usual was no longer sustainable. His once-celebrated business had been in steady decline for almost ten years. Loyal customers came around less frequently as technologies continued to evolve but the store’s inventory did not. To compound his troubles, Fred chose not to reevaluate or reinvigorate his marketing approach, preferring to stick with what the business had always done – positive word of mouth and organic growth.

Over time his staff of 20 employees dwindled to just five: his wife and children. By the time Fred reached out to a local marketing agency for help getting his family’s business back on track, it was too late. Before the agency could offer any substantive recommendations, Fred was forced to close the store.

Fred would say later that when he closed the doors for the last time, he felt he had destroyed his entire family legacy. He believed he let his father and grandfather down while robbing his children and grandchildren of their birthright. There would be no fourth or fifth generations following in his footsteps; instead, after nine decades, his children and grandchildren were unexpectedly faced with finding another livelihood.

Fred’s family-owned business beat the odds and survived for nearly a century. But in the end, it succumbed to a common fault among business of all ages and sizes: failure to enact and continually adapt a long-term strategy for continued growth. Technology was gradually usurping Fred’s business, and he either failed or refused to accept the changing environment.

Although Fred eventually saw the light, he waited too long. Even before the first sign of trouble, a wise, forward-thinking business owner will engage the expertise of third-party partners that can complement their own area of business expertise. A marketing professional with the ability to see the forest through the trees could have helped Fred adapt his retail strategy and ultimately have allowed him to proudly hand the keys to the store to the next generation.

If you find yourself in Fred’s shoes with your business approaching a growth plateau and you need additional help correcting its path, don’t wait to act. Seek help from professional consultants or a marketing agency (like Paradigm, hint hint…) to ensure your business enjoys continuous long term growth.

This is the first part of a four-part series, adapted and excerpted from Marketing on a Wish and a Prayer, written by Paradigm’s Founder and President, Rachel Durkan.

Marketing on a Wish and a Prayer Part 2: Sweating the small stuff for long-term growth
The Importance of Attention to Detail with Website Maintenance
Share