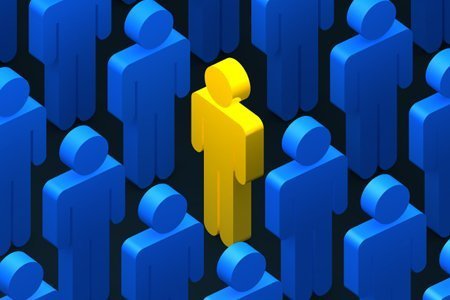 How Can You Use Pokemon Go In Your Marketing Strategy?

As if we (and I’m talking about the collective ‘we’) didn’t have enough time-wasters in our lives such as Facebook, Instagram, online video games, “news” and more. Well, if you travel back to circa 2001, you’ll recall a popular Japanese children’s game called Pokemon. What started out as a GameBoy game for Nintendo, evolved into a mega-marketing brand complete with trading cards, comic books, toys, TV shows, movies and more. It basically was the ‘it’ game for many children during the late 20th century into the early 21st century.

Well, today – you too – can relive Pokemon. And, yes, I’m talking to you as adults. Pokemon is not just taking the children’s world by storm yet again, but also adults.

Pokemon Go For Everyone

It’s actually been 20 years since the franchise was created. You may have missed it, but there was a Super Bowl commercial this year to celebrate. Oh, and the release of the Augmented Reality game, Pokemon Go.

What is Pokemon Go? The first question I’ll answer for you is ‘what is augmented reality?’ Augmented reality came out a few years ago as a technology that allows the user to view the real world in their computer-generated image. So, with Pokemon Go…the Pokemon (the characters) are in your reality. Well, you have to look through your Smartphone to find them.

Cool, right? It’s literally been out for a little over a week and the madness is out of control. But, the good news for marketers and small businesses is that you can take advantage of this!

So, what happens is that people play the game and they have to try to catch Pokemon. So, these little characters can be anywhere. They are generally in parks, and random places, but they are also in front of business storefronts. So, you might notice bands of people just gathered or walking towards a specific spot at a time.

Here are some fun things you can do to incorporate Pokemon Go into your sales and marketing strategy. It might be short lived (or it might not), but you might as well take advantage right now:

These are “stops” that people can get extra points for just hanging around. If you download the game and find out that a Pokestop is near you, you can pull down a lure and keep people around longer thus enticing them to stop into your business.

I found this idea on Forbes: set up an event on Facebook and promote the heck out of it (this writer has already seen a few on her Facebook newsfeed!). Schedule a specific time the users should all show up and offer some sort of benefit for them to be there (i.e. power strips or charging stations, coupons, food, entertainment, prizes)

This sounds ridiculous, but Pokemon is such a huge phenomenon that if you just get yourself slightly involved by rewarding Pokemon players with prizes from your business, they will take you up on your offer. They are proud of their work and so should you.

Depending on where your business is, you can always set something up in a public domain too. You can always provide free drinks (water), shade, a place to sit and chat, charging stations, and prizes. This can just be a “supportive” idea. You don’t have to sell your business to them right now.

If you’re a small business or marketer, then you should really understand the game and take advantage in any way you can. People are obsessed. And, if you can get on board in any capacity including ‘inside jokes’ then you’re going to be ‘on the in’ as well. It’s like a cult-following. If your target market happens to fall within any of the different genres playing the game, then take advantage today – before it goes away.

One thing to remind yourself is that people are trying to catch little imaginary monsters. Even if you aren’t playing the game for yourself, you can turn it on and see where the monsters. You will want to know if there’s one near you! This is the ultimate time to take advantage and tell everyone that you’re not only open for business, but you have a Pikachu in the house! That’s a marketers dream.

As a business, you should designate one person as an official user of the game so that you can buy Lures. What are Lures? Lures increase the rate of Pokemon in the area around the Pokestop where they are placed for one half hour. Luring is a tremendous tool you need to see in order to believe. How do you buy a Lure?

On your app, tap the red Pokeball at the bottom of your screen and tap “Shop.” Next, scroll down and tap the purple, box-shaped Lures to purchase them. You’ll be re-directed to the app’s payment system and once you’ve paid, you can tape back into the red Pokeball again and then tap “items.” Simply tap the purple Lure to activate! Now you will have a Pokemon in your store. Did I mention that’s 84 hours of increased traffic to your storefront?

Once you have them in your place of business, you should have a plan to have them spend money with you. Think about the kinds of services or products that you offer, and entice them with freebies, promotions, and incentives like charging stations, water and snacks. Try to be creative!

The Content Editorial Calendar is Not Going Out of Style
Rachel’s Tips: Your Website’s Need for “Mobility”
Share