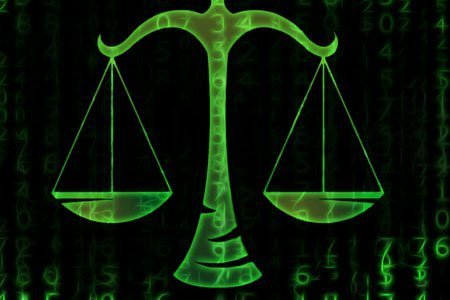 Net Neutrality Repeal – What You Need to Know

On December 14th, the Federal Communications Commission repealed the Obama-era net neutrality protections. The rules were approved in 2015 with the goal of keeping the Internet open and fair.  Under these regulations, Internet Service Providers (ISPs) needed to treat all online content equally, making the Internet a utility.  Also under these regulations, ISPs could not put their own content, or anyone else’s, at an advantage over the competition, by placing them in so-called “Internet fast lanes.”

The facts about the Net Neutrality Repeal:

The New Regulations (Or Lack Thereof)

What does the repeal mean?  ISPs can now block or slow down access to certain online content.  ISPs can also prioritize their own content over others.  With most of these ISPs also being media companies such as Comcast and AT&T, this means that their news, videos, articles, etc. may be more likely to show over competitors, for their users. However, if an ISP decides to block or throttle content, they must disclose that information to the public. Finally, the oversight of Internet protections now falls under the Federal Trade Commission, and it will be their duty to look for unfair business practices.

First and foremost, let’s clear up some misconceptions and uncertainties.  This lack of regulation is not going to change the Internet overnight.  Netflix and other billion-dollar services are not going to disappear.  They have the funds to be stable through this changing landscape.  However, this may affect upstart companies and could put them at a disadvantage if they do not have the money to put themselves into one of these Internet fast lanes (that is if ISPs establish them.)  Also, there is a possibility that billing for these services may change, some services may become cheaper depending on the deals that ISPs and companies make, while other services may become more expensive. For example: prior to any legislative changes, T-Mobile made it cheaper for customers to stream videos from Netflix and HBO, putting other video services at a disadvantage. This can save consumers money on streaming media. However, it is important to consider that just as we are waiting to see what happens without these regulations, so are ISPs and media companies.

How might this potential landscape affect you?  It is hard to tell for right now, and it will probably take time to see significant changes. Currently, ISPs are waiting for this change to settle in, and many of the biggest providers are stating that they are not going to be making any changes that will affect their consumers. However, it is now possible for ISPs to charge you for certain services a la carte.  For example, in other countries, you can choose to pay for social media, messaging, video or email separately.  With all data previously being treated equally, costly media like video streaming used massive amounts of data at the same rate as other content.  Also, under net neutrality, there was a lack of regulation that made obscene and insensitive content easily available on the Internet.  Finally, your ISPs will now have more access to your data and browsing habits.  Again, it is important to consider that these changes may happen over time, or they may not happen at all.

At this point, we must wait and see how this change affects us as individuals and businesses. There is a chance of lawsuits from advocacy groups for free expression on the Internet. The landscape is unclear and it will take time to see the full effect of this ruling.  Follow us on social media to stay updated on how this change in regulation may affect you as an individual and as a business.