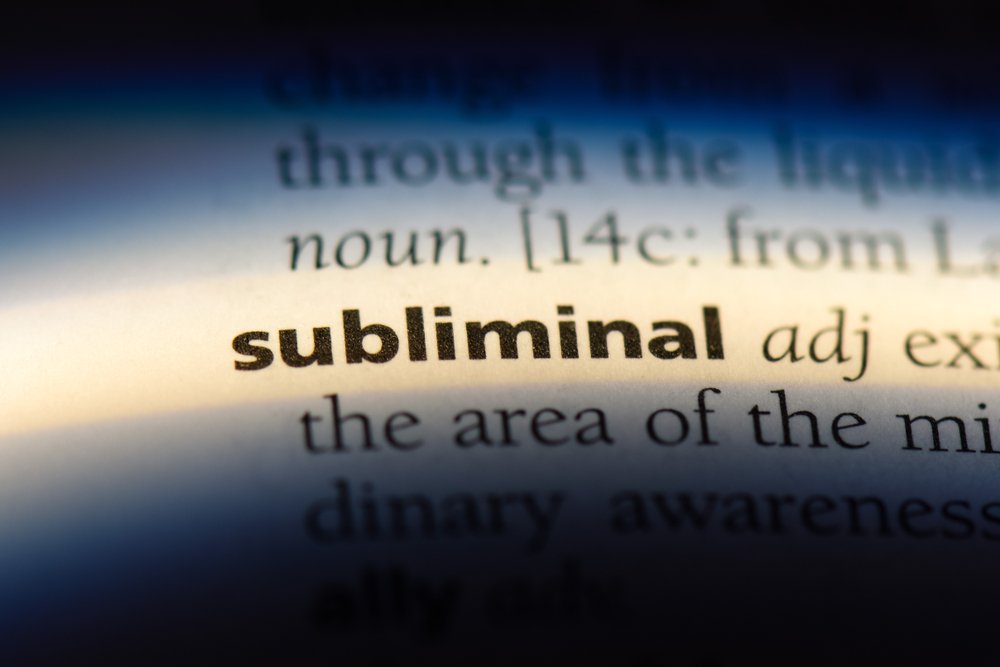 Have you ever noticed the hidden messages in the logos for Amazon, Tostitos, FedEx, and Baskin Robbins? No? Go take a look. We’ll wait. If you missed these great instances of subliminal messages in advertising (or maybe you just didn’t feel like searching), we’ll help.

What is Subliminal Messaging in Advertising?

What does subliminal messaging mean? According to Mirriam-Webster, the meaning of subliminal is ”existing or functioning below the threshold of consciousness.” Subliminal advertising uses visual or auditory elements that share a message or tell a story the conscious mind doesn’t perceive. The theory behind subliminal marketing is that much of our decision making happens through our subconscious, instead of our conscious mind. Your conscious brain will take in an image or sound, but what feelings you get from subliminal messages are processed by your subconscious. You’ve probably seen them at their worst on TV and in movies (Zack Morris used subliminal messages to get a date on Saved by the Bell and creepy old films use them to turn viewers into zombies in horror flicks), but subliminal messages are real and have successfully (and sometimes unsuccessfully) been used frequently in the marketing and advertising industries.

While using subliminal messages can mean success for your efforts, it is not without its share of risk. Consumers may feel uneasy about subliminal messages in ads because they can find them dishonest or manipulative, which undermines their trust in your brand. One of the most controversial tactics used in subliminal ads is when an image flashes in a video so quickly that viewers don’t detect it but still receive the message.

The idea of subliminal messaging advertising gained notoriety in the 1957 book The Hidden Persuaders by Vance Packard, which claimed moviegoers were shown subliminal advertising during films that encouraged them to purchase popcorn and Coca-Cola from theatre concession stands. Even though this subliminal marketing example turned out to be false, the idea left its mark on public lore and raised awareness of the use of subliminal messages.

Famed cigarette brand Marlboro tried to get around attempts to limit cigarette advertising and European bans on sponsorships by cigarette brands by using subliminal advertisement. This example of subliminal advertising included a barcode-style design on a Formula 1 racing car that would replicate the company logo when the vehicle reached high speeds. However, the European Public Health Commission pressured lawmakers to determine the approach fell under existing bans.

Another potential example of subliminal messages in ads occurred on a 2007 episode of Food Network’s popular cooking show “Iron Chef America.” Fast food giant McDonald’s logo flashed quickly across the screen. While both the network and restaurant denied it was an attempt at subliminal advertising, perceptive viewers were skeptical.

Should You Use Subliminal Advertising in your Marketing?

Using subliminal messaging in advertising requires you to walk a fine line between brilliant and devious. And it’s probably not a walk you should take alone. At Paradigm, we ensure all our clients receive the benefit of each team member’s unique area of expertise, which are combined to deliver purpose-driven marketing strategies, solutions, and individual tactics that will resonate with your audiences and get results from your digital marketing efforts. Please contact us today.

Effective Membership Growth Strategies for Associations
What are DSPs in Marketing and How do They Work?
Share