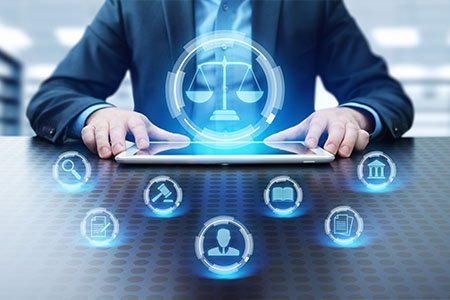 What the Domino’s ADA Lawsuit Means for Website Compliance

One of the web’s most hot button topics continues to get hotter. Last month, the Supreme Court denied a petition in the Domino’s ADA lawsuit that would have allowed the pizza giant to appeal a decision made by the U.S. 9th Circuit Court of Appeals, which had previously ruled that the Americans with Disabilities Act (ADA) protects access not just to physical restaurants and stores, but also to the websites and mobile apps owned and operated by those businesses.

The Supreme Court’s decision in the Domino’s ADA lawsuit is considered a significant victory for individuals with disabilities, who have been fighting for ADA compliance across the web for several years. Advocates for the disabled argue that if businesses are not legally required to maintain accessible sites, disabled individuals could be effectively shut out of substantial portions of the economy.

This particular case – Robles v. Domino’s Pizza – is just the latest in a string of lawsuits that aim to make it a requirement for all websites and digital apps to provide reasonable accessibility accommodations for individuals of all abilities. Last year alone, according to a report by UsableNet, more than 2,200 such suits were filed in federal courts. That number is nearly triple what it was in 2017.

The Domino’s ADA lawsuit was filed in Los Angeles in 2016 by a man named Guillermo Robles, who is blind. He sued Domino’s after he was unable to order a pizza online because the company’s website and mobile app both lacked the accessibility features that would allow him to communicate – as the content on both platforms was not compatible with his screen reader software, which is designed to interpret content for hard of sight individuals. In the lawsuit, Robles cited the ADA, which guarantees “full and equal enjoyment of the goods and services … of any place of public accommodations” to individuals with disabilities.

In January 2019, the 9th Circuit sided with Robles in his Domino’s ADA lawsuit, ruling that the “alleged inaccessibility of Domino’s website and app impedes access to the goods and services of its physical pizza franchises – which are places of public accommodation.”

Domino’s meanwhile, argues that no clear rules exist for how to make their platforms properly accessible. As a result, an attorney for the company had urged the Supreme Court to review the Domino’s ADA lawsuit because the company believes the ADA, as it currently stands, does not apply to online platforms, considering the law was passed in 1990 – well before the internet as we know it was a consideration.

What does ‘ADA compliant’ mean for websites?

More and more, judges have been interpreting “places of public accommodation” – wording pulled directly from Title III of the ADA – to apply to both physical and digital realms. As such, in order for a website to be ADA compliant, it must adhere to the same set of standards as a traditional place of business. However, rather than having to provide physical features like a wheelchair ramp or minimum store aisle width, business owners should aim to offer the types of technical features that would make their websites easier to navigate for someone who is blind or deaf or experiences some other type of mental or physical challenge.

More specifically, having an ADA compliant website means removing any “access barriers” that would inhibit an individual with disabilities from accessing your business’s goods or services. This may include:

As we have learned from the Domino’s ADA lawsuit and others, ADA compliance on the web is an important topic that is tied to real consequences that affect real people, and it’s one that is only becoming more prevalent as we continue to rely so heavily on digital communication.

For help ensuring your own website is ADA compliant, contact the web development team at Paradigm Marketing and Design to schedule a consultation.